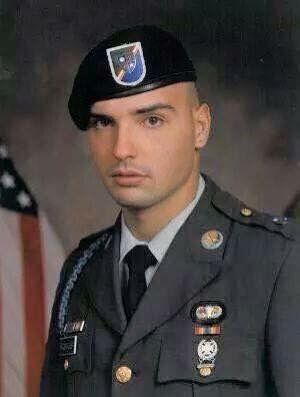 Sergeant Mark A. Rademacher was born June 7, 1963, in Buffalo, New York and was the youngest of ten children. He started training for his dream to become a ranger while in high school. He joined the Army in September 1981. His training assignments with the Rangers took him to Puerto Rico, Washington, Wisconsin, Florida, Panama and the Federal Republic of Germany. Mark graduated Ranger School on October 28, 1982. He loved the outdoors; he would come home on leave and go skydiving, repelling and hiking. Rademacher’s additional training included the Nuclear, Biological and Chemical Defense Course at Fort Stewart, the Special Forces Demolitions Program and Jungle Training which earned him the Jungle Expert Patch in June 1983. He was promoted to Sergeant three and a half weeks prior to his death. He served as Rifleman, Grenadier, and Team Leader in A Company, 1st Battalion, 75th Ranger Regiment. Sergeant Rademacher died in combat operations on October 25, 1983, in Grenada.