Sergeant Blaine A. Mishak was killed along with 3 other 1/75 Rangers in training when their MH-60G Pave Hawk helicopter crashed due to rough weather during a training exercise at Great Salk Lake, UT, on October 29, 1992. The helicopter was just 15 miles west of Hill Airforce Base, UT. SGT Mishak served with the Headquarters & Headquarters Company (HHC). He served in the Persian Gulf War and Panama Operation Just Cause. He was awarded the Meritorious Service Medal and Commendation Medal. In 1993, a memorial was placed near the site of the crash at Antelope Island Park, Davis County, UT.

SGT Mishak was born December 23, 1969 and was 22 years old at the time of his death. He was survived by his father and mother Frank and Marlys Mishak, brother Craig, and sisters Sherry and Jacki. He was buried at Clear Lake Cemetery, Clear Lake, Cerro Gordo County, IA. 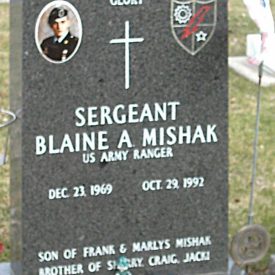 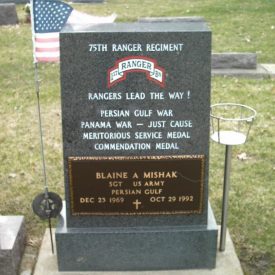 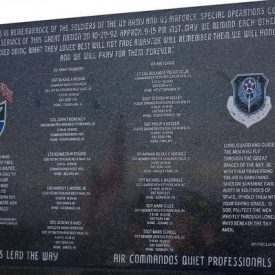