Sgt. Martin Anthony Lugo, 24, a native of Tucson, Ariz., was seriously wounded during a fire fight with the enemy in Logar Province. He was treated immediately by unit medical personnel and was quickly evacuated to the nearest treatment facility where he later died of his wounds.

Lugo enlisted in the U.S. Army in September 2004. He served as an ammunition handler, automatic rifleman, team leader and most recently as a squad leader in Company C, 1st Battalion.

“Sgt. Lugo was a true warrior who died leading his Rangers in a fierce fire fight that killed a Taliban commander and 13 other Taliban fighters in Logar Province,” said Col. Michael E. Kurilla, commander of the 75th Rgr. Regt. “He is a hero to our Nation, the Army and his family.”

Lugo was on his sixth combat deployment. He previously deployed three times to Afghanistan and twice to Iraq.

“Sgt. Lugo was a phenomenal warrior who was universally respected by every member of this command,” said Lt. Col. Mike Foster, the 1st Ranger Battalion commander. “He died while protecting our nation from her enemies and we will not forget his sacrifice. Our thoughts and prayers go out to the entire Lugo family.”

He is survived by his father, Martin Lugo; his mother Maria Marin; and, his sister Leslie Lugo, all of Tucson, Ariz.

Marlyn Gallego 10/17/1986 – 2/24/2012 She was a young, beautiful, bright soul, always smiling, always dancing. She attended Brichta Elementary, Mansfeld Middle School and Tucson High. She was currently in the honors program at Pima Community College with an aspiration to become an astronomer and a war history buff. She was currently an assistant to the regional manager at the family business, Recyco Inc. Marlyn is survived by her parents, Marco and Olga Gallego; her sisters, Vanessa, Valerie and Belgica; all her family; friends and Dottie. Your life was not easy, you desired a little bit of peace and tranquility, and you finally found it in the end. Enjoy your one true love in eternity. Rest in peace. We love you. Visitation Sunday, March 4, 2012, 12:00 p.m. – 3:00 p.m., Adair Avalon Chapel, 8090 N. Northern Ave. Funeral Mass, Monday, March 5, 2012, 10:30 a.m. at SS Peter & Paul Church, 1946 E. Lee St., Tucson, AZ. Arrangements by ADAIR FUNERAL HOME, Dodge Chapel. 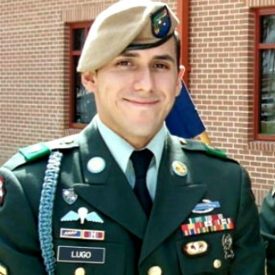