PFC Lau was killed in a live-fire training accident in the Panama Canal Zone on June 8, 1983. He was one of approximately 500 rangers in Panama who were undergoing jungle training as part of regularly scheduled quarterly environmental training.

PFC Lau was born on 11/18/1962 at Camp Pendleton, CA, but had moved to Oelwein, IA, by the time of his enlistment in the Army. PFC Lau served with C Company and was 20 years old at the time of his death. He was survived by his father Darrel, his mother Janis, a sister Kimberly, and grandparents Mr. and Mrs. Clarence Lau. He is buried in Woodlawn Cemetery in Oelwein, Iowa.

This excerpt from socnet.com. (References Danford and Barclay, also).

Yep Fortucci (Bco I think) died in the Canoochee…That was Johnny Danford and Barcley…they actually burned in on the live fire jump in Texas not Utah. Barcley exited before Johnny, Barcley was jumping a 60 and apparently became towed and Johnny exited behind him and broke the lowering line on impact… they became entangled…Johnny had partially deployed his reserve before impact. They were both Aco. Also Lau(pretty much a cherry, no criticism) died during the Cco livefire in Panama when they had the pop up targets dressed in jungles just like we were wearing…a grader(from the leg unit in panama) indicated to his team that they were dead and to lay in place…when shift fire was given they were caught in a bad spot, the grader went back and let the next team know that the team in front was all dead…. team leader(won’t name his name) I think did a little recon up to see what was happening…in the mean time the Lau’s team leader had his team low crawl back towards berm out of the harm’s way….instead of low crawling back…Lau raised straight up to his knees…. Team leader doing the recon…double tapped him right through his steal pot….. sad story…. but that shit happens…I remember I was in the bleachers watching my FOs move with the platoons… I remember LTC Taylor pulling out a card with instructions to call for a medevac… I was sitting with in the bleachers with him… Then one of the RTOs says that is ok sir…it is already taken care of…. I will never forget the look he had in his eye…. He was some kinda of upset……… enough said about that… was a sad day in Cco….

Pfc Lau death to be investigated.

Iowa Second District Congressman Tom Tauke and Senator Roger Jepson have called on the Secretary of the Army, John O. Marsh Jr., to launch an immediate investigation into the death of Pfc. Shawn Lau of Oelwein. In a telegraph to Marsh, Tauke urged a “prompt and full investigation” into the circumstances surrounding the incident, and to “issue a complete report as soon as possible.”

Lau, the 20-year-old son of Darrel and Janis Lau, was accidentally shot in the left temple and killed Wednesday in a live fire exercise in Panama.

Capt. George Wright, an Army spokesman, said at Fort Stewart, Ga., that Lau died about an hour after being taken by helicopter to an Army hospital in the Canal Zone.

Lau, a member of the First Battalion, 75th Infantry Rangers, was stationed at Hunter Amry (sic) Airfield near Savannah. He was one of approximately 500 rangers in Panama who were undergoing jungle training as part of regularly scheduled quarterly environmental training.

A 1981 Oelwein High School graduate, Lau joined the Army in March 1982 and was scheduled to return home on leave in two weeks. He was engaged to be married later this year to Leanne Bucheit of Maynard.

In addition to his parents, Lau is survived by one sister, Kimberly, and paternal grandparents, Mr. and Mrs. Clinton Lau of Fayette.

Funeral services are pending at Brant-Kerns Funeral Home in Oelwein.

Note: This account represents anecdotal information gleaned from internet. As such, details may not be accurate. If you have a memory, photo, short story, or correction you wish to share, please send an email and we can incorporate it into this page. 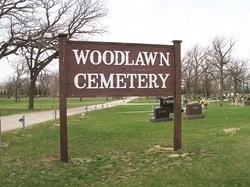