The heartfelt desire to show support for the fallen Rangers of the 1/75 and their families motivated the Sua Sponte
Foundation to establish a memorial in their honor. A special Memorial Board, led by Dave Ermer and comprised of members from both the Ranger and Savannah communities, was established in the fall of 2002 to make the Ranger Memorial a reality.

To begin the design process, students from the Savannah College of Art and Design (SCAD) participated in a competition and the best elements of two winning designs were selected. During the same timeframe, a golf fundraiser enabled the Board to raise more than $50,000 to begin the process of constructing the Memorial tribute. 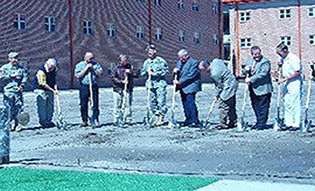 Groundbreaking was held on March 5, 2007, and by April, the Memorial grounds mirrored the design drawings. The steel “dagger”, which serves as an artistic and symbolic visual centerpiece, was erected. As pavers were laid and memorial stones were assembled in a circle, intricate landscaping was planted.

On October 18, 2007, the Ranger Memorial at the Hunter Army Airfield, Ga., was dedicated to the Rangers of the 1st Battalion, 75th Ranger regiment to honor and pay tribute to fallen Rangers and their family members.

The Sua Sponte Foundation wishes to recognize and thank all of the individuals and companies that had a hand in making the Ranger Memorial a reality. 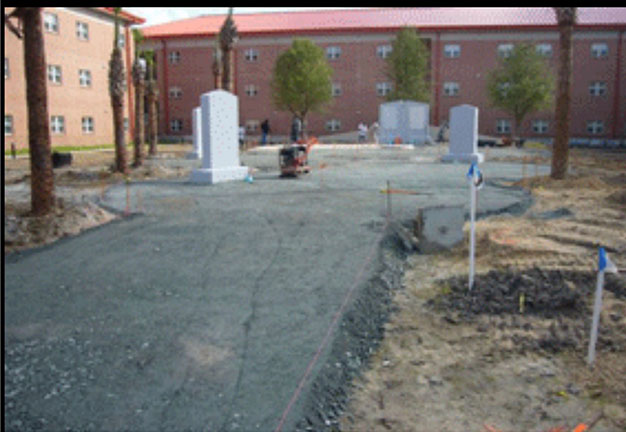 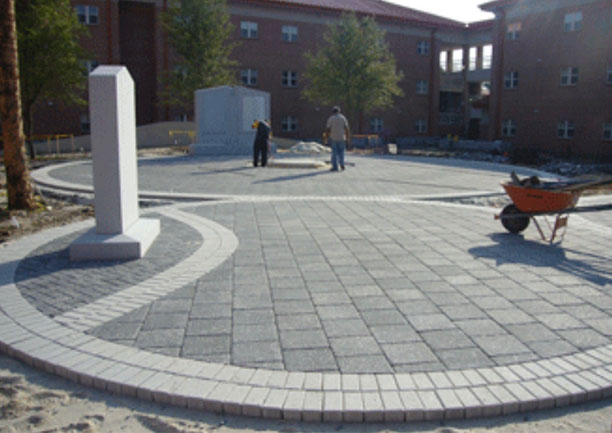